Out of the shadows: In 2018, human trafficking affected over 14,000 people in the EU, over 70% of which were female. Building on existing legislation, what steps can the EU take to eradicate this form of organised crime once and for all?

‘A traffic that outrages every suggestion of reason and religion…[an] inhuman custom.’

– Mary Wollstonecraft, philosopher and author of ‘A Vindication on the Rights of Woman’

Looking at what we might consider ‘activism’ throughout history, from Mary Wollstonecroft’s advocacy for womens’ rights to post-colonial movements of independence and abolition, the impulse to exploit specific social groups is a common theme. Challenging these systems of oppression could be said to have repeatedly defined the modern history of humanity, up until the present day. As such, the current fight against human trafficking carries a certain historical resonance. Categorised by the United Nations as the second largest source of illegal income globally, beaten only by international drug trade, human trafficking still provides a lucrative business for those involved in organised crime. It constitutes an affront to the emotional and physical dignity of its victims, of which the majority are women and children. This ‘gross violation of human rights’ can involve forced organ donation, forced begging, sham marriages, or even illegal adoptions. Yet, the vast majority of victims worldwide are either subject to sexual exploitation (79%) or forced labour (18%), according to statistics from the United Nations Office on Drugs and Crime (UNODC).

Moving to look more specifically at the issue on the EU level, European countries are generally considered to be the ‘destination stage’ – the final place where those trafficked are brought to generate income for their captors. The process by which someone can become a victim of human trafficking can be split into three stages: recruitment, transportation, and then being forced into exploitative situations. Data on traffickers across Europe show that some level of connection with their victim helps with their recruitment: This could mean speaking the same language as their victim, or criminal gangs sometimes using women to build trust with female targets.

Starting from those most directly impacted by human trafficking, the majority of victims are female or minors, often with uncertain residency status in the country where they are working. Victims can often be recruited into a trafficking situation by someone they trust (such as a relative or partner) or criminal gangs, offering an apparently lucrative job to someone in poverty. Once in these situations, victims of trafficking often receive little of what they earn from clients or companies using their labour, with the majority of profit bypassing them to benefit the gangs or other people abusing them.

On a grassroots level, non-governmental organisations and charities (such as ‘Amalie’ in Germany) often have first contact with those in trafficking situations, as victims with an irregular immigration status may be unwilling to contact national police or law enforcement for help. To fund their activities, non-governmental organisations in EU Member States can access financial support through the Asylum, Migration and Integration Fund. This fund is in turn run by the European Commission, specifically under the Directorate-General for Migration and Home Affairs (DG HOME), which is the department that is responsible for immigration and domestic policy within the EU.

Another Commission body relevant to the topic of human rights and anti-trafficking is the Directorate-General for Justice and Consumers (DG JUST). The EU agencies Frontex and Europol can also assist with anti-trafficking actions, with Frontex perhaps encountering victims of trafficking as they cross national borders. If victims are seeking legal redress, and are not successful within their national judicial system, they can then take their case to the European Court of Justice (ECJ) if they are in a Member State, or otherwise, if the country is a member of the Council of Europe (CoE), they can attempt to bring their case to the European Court of Human Rights (ECHR). Finally, with the Council of Europe being completely separate from the European Union, it can also carry out its own level of oversight, with the Group of Experts on Action against Trafficking in Human Beings (GRETA) inspecting Member States for signs of trafficking and offering ways to improve in evaluative reports. 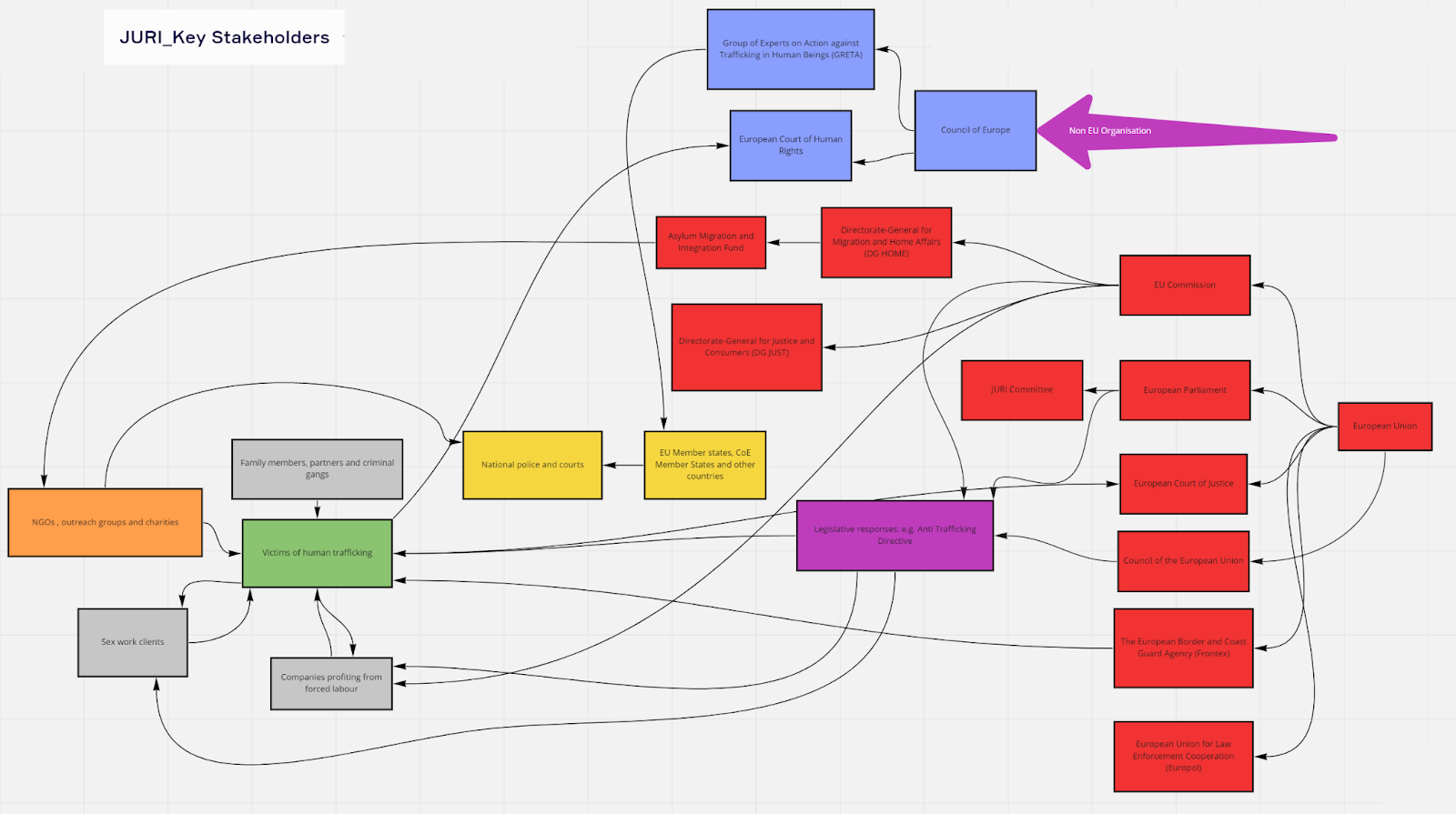 Figure 1: The Key Stakeholders of the Topic.

As discussed in our key terms, the ‘Nordic’ or ‘Swedish’ model aims to criminalise the sale of sex to therefore drive down demand for prostitution across the board, therefore impacting both the victims of human trafficking who have been forced into the sex trade, and those who enter the industry voluntarily. Although this approach has been adopted by multiple governments both in Europe and beyond, and has been generally considered a progressive policy, there has been notable pushback from some groups. Representatives from sex worker-led organisations have noted that the paternalistic ‘modern crusade’ of the policy seems to ‘ignore women who choose to sell sex’, while some legal scholars have commented on the policy being implemented in rather different ways across different jurisdictions to varying success. However, in the case of Germany, it has been suggested that the majority (90%) of those working in brothels are forced to do so, which therefore perhaps supports the case for criminalizing all sales of sex.

Figure 2: The extent of human trafficking in the EU and beyond.

Returning to the example of Germany, described by some as the ‘brothel of Europe’, the majority of women working in the sex industry are migrants. For some of the women interviewed in a recent German documentary, most of whom originally come from Romania or Bulgaria, it is clear that they are particularly vulnerable (lacking health insurance, for example). Some Member States in Western Europe have also expressed discontent towards some Eastern states, believing that their nationals have been ‘abusing visa free travel’ pathways to move west with ‘unlawful residency and unfounded asylum claims’. Invoking the EU’s Visa Suspension Mechanism has been discussed with reference to this issue, and, in 2019, the Netherlands went as far as to formally ask the European Commission to suspend visa-free travel for Albania (to no avail). Given that the majority share of women forced into sexual exploitation would be more likely to have an irregular immigration history, one could argue that any action to eliminate visa free travel could have a detrimental effect on these women, as a form of double oppression. Conversely, increased border control between these countries could block flows of forced movement from generally poorer Eastern states to more wealthy nations in Western Europe.

Human trafficking in the digital age

In the last two years, the impact of COVID-19, causing a massive swing towards online interaction, has arguably exposed vulnerabilities in many parts of modern society. This transformational change also has had an impact on human trafficking. Helga Gayer, head of GRETA, notes that criminals capitalised on the increased economic precarity caused by the COVID-19 pandemic. The recruitment methods of traffickers also shifted online in 2020, to become even more clandestine, according to the UN. With social media, gaming, and even short term rental websites being identified as the source of trafficking recruitment attempts, any action to combat human trafficking must therefore try to close these online loopholes. Any action in this space, especially investigative powers by law enforcement authorities, must however be balanced with any concerns for the privacy of internet users.

On the tenth anniversary of the landmark 2011 Directive ‘on preventing and combating trafficking in human beings and protecting its victims’, which constituted a landmark European action in the area of anti-trafficking, the upcoming Strategy on Combating Trafficking in Human Beings (2021-2025) will seek to implement the aims of this directive. Again recognising the added cost of the pandemic to survivors of trafficking across the continent, Margaret Schinas, Vice President of the European Commission for Promoting our European Way of Life, describes the new strategy as taking a ‘three pronged approach’ through legislation, policy, and funding. Measures will include criminalising the use of services from trafficked persons, especially by businesses and corporates through strengthening the existing Employers Sanctions Directive. In ‘breaking the business model’ where trafficking can succeed, the new strategy will also liaise with big technology platforms to reduce online recruitment by traffickers (Facebook and Whatsapp have previously been used to target young women in Germany). Moving from preventative measures to actions that support those trafficked, the Strategy continues to highlight the need for training of key workers (such as law enforcement, judiciary, and immigration officials), previously mentioned in the 2011 Directive. Training should therefore allow for the early identification of victims, aid with their ‘empowerment’ and reintegration into the wider community, and being sensitive to the perspectives of women and children.

Another key piece of strategy for the European institutions exists in the Action Plan against Migrant Smuggling for the period between 2021 and 2025, building on the previous plan from 2015 to 2020. Looking specifically at its provisions for human trafficking in particular, they include the fair implementation of both the Victims Rights Directive to all victims regardless of their residence status, and the Residence Permit Directive, which aims to provide permits to victims of human trafficking within the EU bloc who are originally from third countries.