Who rules the world? Law! – In light of Poland and Hungary vetoing the NextGenerationEU recovery plan in 2020, debates about the connection between the rule of law mechanism schemes in the plan and the conflicts with their governments not acting according to democratic European values have been brought up. How should the EU protect the integrity of the EU’s Justice System and the rule of law across Member States?

Rule of law, being one of the five main values of the European Union (EU) and its ideological fundament, is argued to have recently been increasingly neglected by some of the Member States. With recently adopted legislation that explicitly contradicts the fundamental EU principles, Poland and Hungary have ended up in the spotlight of the fierce discussion. As stated by the Members of the European Parliament during a debate, such legislation, along with high rates of corruption and lack of transparency, can become substantial obstacles for the fair distribution of the recovery funds and hold the European Commission back from approving Hungarian and Polish recovery plans. The EU representatives argue that such rule of law breaches make it likely that the funds end up being appropriated by the elite. 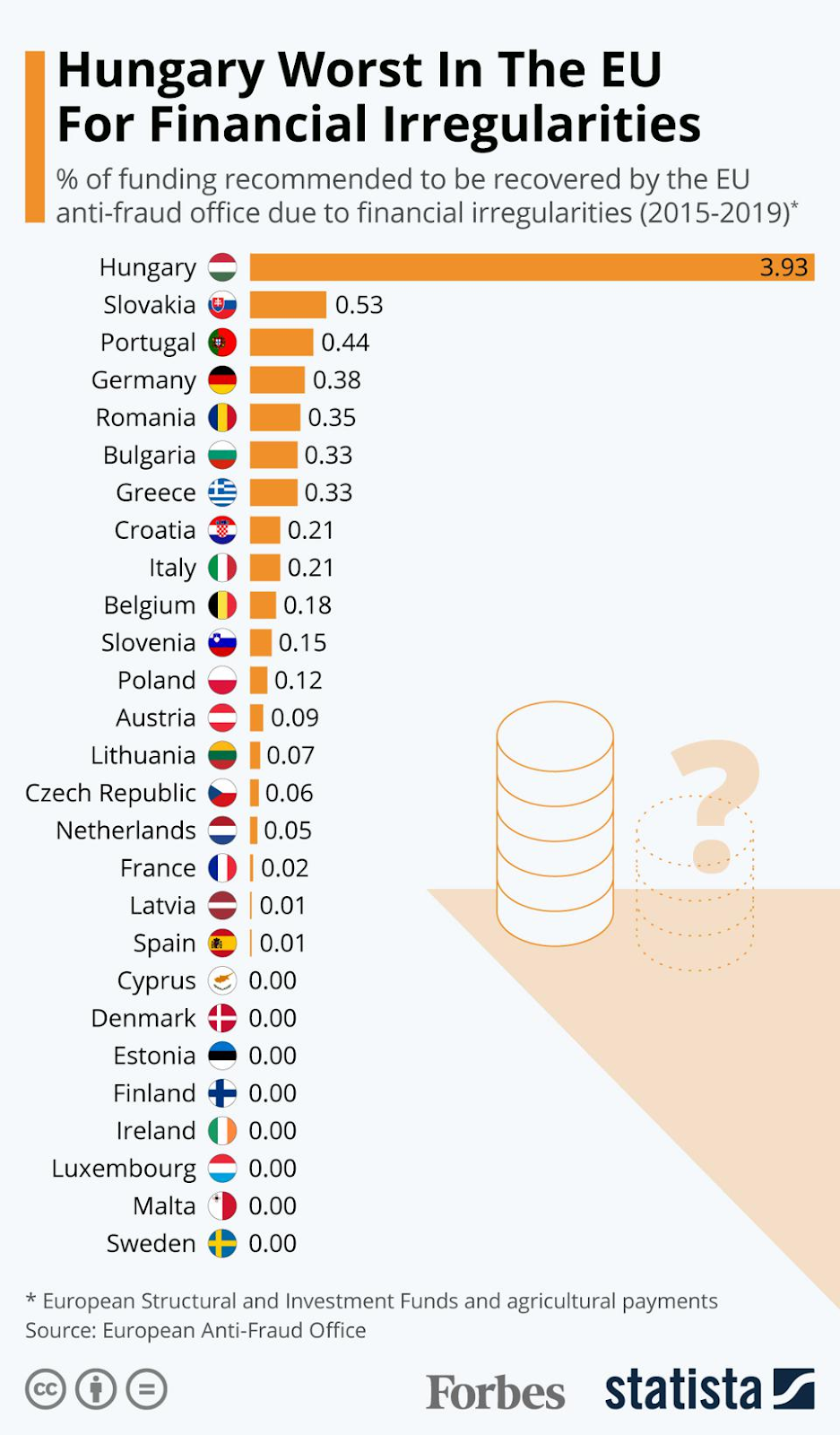 The position of Hungarian and Polish governments can be described as opposition to the suggested connection between the rule of law and the funding. Polish Defense Minister Mariusz Balszczak stated that the conditionality mechanism in its present shape is unacceptable for Poland. By vetoing the EU budget plan, Poland and Hungary openly challenge the European values and threaten the unity of the EU, undermining its fundamental principles and bringing about the possible exit from the EU. In reality, where the withdrawal of Hungary and Poland from the union is becoming frequently discussed, more and more observers question the ability of the EU to ensure the rule of law in its Member States.

Member States are the stakeholders most directly involved with the rule of law in the EU. Member States have agreed to operate by the founding values of the EU when joining the Union. The Rule of Law system is supposed to ensure that Member States abide by the principles of the EU. Non-cooperative Member States can be punished by losing their voting rights in the Council of European Union through the execution of Article 7 of the Treaty on the European Union (TEU), which lays out the procedures for suspending certain rights of non-cooperative Member States. Article 7 TEU has never been pursued fully and is meant to act as a last result, being called “the EU’s nuclear option”.

NGOs provide information to the European Commission about conditions in Member States which are used in legislative design. NGOs also provide written input for the Rule of Law Report. Rule of Law is especially relevant to NGOs, as freedom of NGO operations is one of the core values mentioned in the rule of law framework. Recently, NGOs including the International Federation for Human Rights, Amnesty International, and Transparency International have provided information about the state of human rights and governmental transparency in Poland and Hungary.

The European Parliament consists of representatives elected by European citizens. The European Parliament co-decides with the Council of the European Union on legislative proposals from the European Commission. While most MEPs support upholding the values of the EU as declared in the TEU, there has been much confusion about what exactly these values are, and what approaches should be taken to ensure Member States abide by the rule of law, especially in terms of LGBTQ+ rights and refugee issues.

Council of the European Union

The Council of the European Union is an institution of the European Union which consists one minister from each Member States. The Council of the European Union co-legislates with the European parliament and therefore there needs to be agreement between MEPs and the Heads of Member States in order to pass EU wide legislation. The European council holds an annual rule of law dialogue discussing the findings of the rule of law report. Many leaders have been hesitant to introduce legislation penalizing non-cooperative states, as they fear it may punish EU citizens instead of non-cooperative governments and harm the  prosperity of the EU as a whole. This has been especially prevalent concerning the NextGenerationEU coronavirus recovery plan, as withholding economic relief to non-cooperative nations may cause indirect economic harm to neighboring nations.

In light of several Member states, namely Poland and Hungary, continuously implementing legislations that contravene the fundamental values of the EU, the “rule-of-law conditionality mechanism” was introduced. This tool allowed the suspension of the distribution of the EU funds to the Member States that failed to comply with the main rule of law principles.

According to the 2021 Rule of Law report published by the European Commission, the situation in Hungary is worsening and it can be considered to be at risk of breaching the EU’s founding values. The Commission emphasised the lack of accountability for corruption and misuse of EU funding in Hungary. Moreover, the newly implemented controversial anti-LGBT law in Hungary has also been often brought up as a case proving the state’s failure to comply with the requirements of the EU.

The judiciary in Poland has also become an extensively discussed topic and is argued to lack independence. The judiciary reforms carried by Poland’s conservative Law and Justice Party government are claimed to harm the effectiveness and impartiality of the judicial proceedings related to the management of the Union funds, threatening the financial interests of the EU.

However, several flaws have been revealed during the implementation of the rule of law mechanism. It has become the subject of contradiction between the Commission and the European Parliament, with the latter accusing the former of the tardiness in triggering the tool. At the same time, critics argue that this instrument is insufficient for defending the general principles of the rule of law and is limited to defence of the financial interest, while the existing legal order of the EU does not allow for any more radical action. The annual reports are also mentioned to be of limited use, contributing only to problem diagnosis, but not the ways of its solution.

Furthemore, the response of the countries accused of violations must be taken into account. Hungarian officials argue that the character of such measures is substantially political and the implementation of the mechanism has an explicitly political intent. The same point of view is held by the Polish lawyers who insist that the conditionality mechanism is used to administer political punishment and not to protect the EU budget.

Such a disagreement with the current measures has resulted in a formidable response which culminated in Hungary and Poland vetoing the EU budget. Such a decision that affects all of the Member states cannot be neglected, which initiates the debate on the suitability of the mechanism, its limits and possible improvements to the system of rule of law protection in the EU.

Things to look at